▶ Next
Back ◀
Japanese Korean


I spent much time for moving this day as well as the previous day.
I arrived in Lima by plane at 4:30 morning, then moved in a taxi to the bus terminal, and went to Nazca to take the long distance bus. 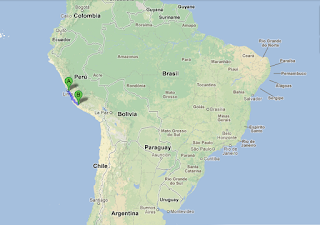 Airport
As soon as I leave the arrival gate, many salesman told me to use a taxi.
They are green taxi which demand tourist price - more expensive than local rate. But it seems they are trusty person written in the guide book of "Globe-Trotter Travel Guide Book" 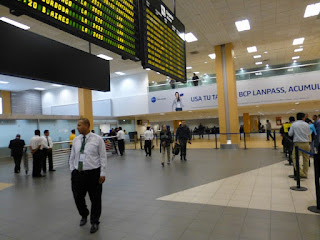 But first I needed the local cash. 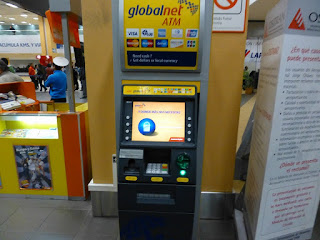 My plan was to withdraw the Peru money "Sol" at the ATM using my credit card.
ATM had been shown in Japanese, so I used it easily.
But its fee was very expensive! 14.5 sol. . . As 1 sol is about 38 yen, the fee for withdraw was more than 500 yen.
I had been in exchange for dollar 50,000 yen at Narita airport. but it was because I prepared for the payment in US dollars such as Nazca flight tour or some hotels.
I should have exchanged for more dollar for the sake of local cash at Narita airport.
After that, I used ATM at all times. and it cost me more than 2000 yen for 4 times withdrawals during this tour.

Next, I tried to reconfirm my flight.
The flight between Japan to Lima did not need reconfirm because of American Airline.
But I had planned to use the domestic airline of StarPeru from Cusco to Lima at 7th day. As I booked this flight two month before, I went to the check-in counter of StarPeru to check whether there are any changes such as time or not. 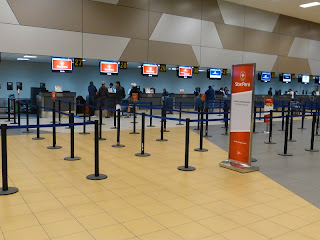 Next, I tried to search shuttle bus service.
It is written in my guide book that you can go cheaper than taxi when you will use the shuttle bus. so I thought to go to the bus terminal of CRUZ DEL SUR by shuttle bus. 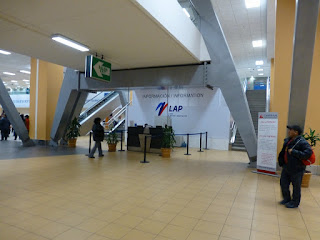 (I) I want to use shuttle bus. where can I use?
(Information desk) No, only taxi.
No. . . I was able to make him understand, but failed. 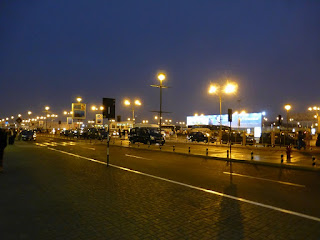 CRUZ DEL SUR Bus terminal
I arrived at the bus terminal about 20 minutes by this taxi.
I had just got the cash of sol by ATM, so I had only large bill not having small money.
And it was a pity that the cost became 50 sol (no change).
Although the cost of Green taxi to Miraflores was 55 sol, I thought it would become 60 sol without small money.

From this terminal, I started out to Nazca at 7:30 am sitting in the VIP seats which had I already reserved.


As it took over 7 hours, I arrived almost on time at Nazca Bus terminal. 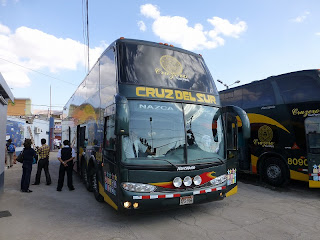 Nazca
I saw three Japanese student girls when I got out of the bus.
I talked a little bit. they said that they will go to Cusco by night bus on that day if they could see Nazca Lines.
They went straight into tour desk.

Me. . .
I went straight into restaurant. 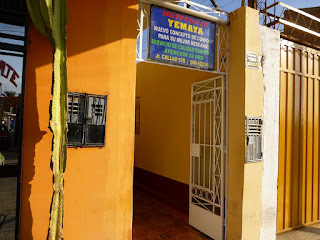 After eat, I went to this guest house which I had booked in Japan.
It was the most reputable inn among review sites such as TripAdvisor.

The owner explained me very hard in English. though he said not good at English, he was fluently than me.
He arranged the flight tour of Nazca lines the next day for $95. My guidebook told me the market price of flight tour was about $95-130, so it was a reasonable price.
He also told me that which zone is safe or not, where is the market, which restaurant is his recommend, and I had better go to see the planetarium if I have time at this night.

I had reserved the most expensive en-suite single room as I might be tired for long travel. though it was 1700 yen per night.
It is the picture of the room.

Hot water was also out.

And I walked a little through the town.
Nazca was very small rural town.
There was only one street. restaurants, souvenir shops were crowded there. 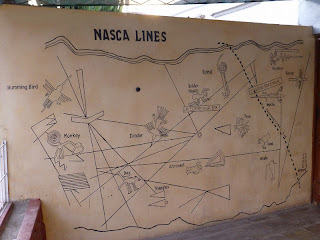 Nazca Lines were consist of geometric lines and pictures. and the picture represents Constellation, for example monkey shows Orion and spider shows Big Dipper. many radial lines shows where star rises and where sun rises and sun sets at summer solstice and at winter solstice, and so on. . .

It was a bit cold outside, but it was very good show.
I came back to guest house enjoying the night view.


Oh, this is a photo that was taken the next day, I bought a knit made of alpaca because so cold outside. 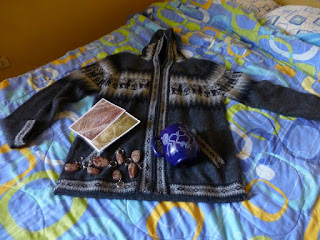 In Peru, it was great difference of temperature between day and night, it was very useful during the trip.

I will see the Nazca Lines by the Cessna plane.

maruton
I love to travel around the world.